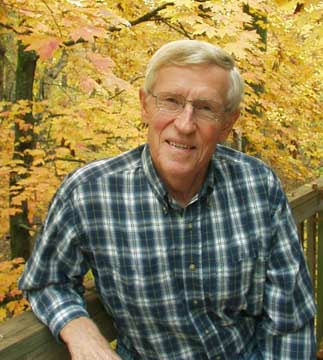 John Ikerd, Professor Emeritus of Agricultural Economics, was raised on a small dairy farm in southwest Missouri and received his BS, MS, and Ph.D. degrees in agricultural economics from the University of Missouri. He worked in private industry for a time and spent thirty years in various professorial positions at four different state universities before retiring in early 2000. Since retiring, he spends most of his time writing and speaking on issues related to sustainability with an emphasis on agriculture and economics. He is the author of six published books, which include: "Sustainable Capitalism”, “A Return to Common Sense”, and “Small Farms are Real Farms”. A free on-line book of Dr. Ikerd can be located through his websites: http://faculty.missouri.edu/ikerdj/  or http://johnikerd.com
​
Presentation Title: The Status and Future of Local Foods.
During the past decade, local foods replaced organics as the fastest growing sector of the American food system. However, recent USDA reports indicate a slowing in the rate of growth in farmers markets, CSAs, and other direct sales by farmers. Some local food advocates fear the movement may be saturating its small niche market, while others suggest it is simply evolving to accommodate larger markets. The future of local foods is rooted in its past. Why were local, community-based food system replaced by today’s global corporate-based food system. Why are American consumers searching for something different from the foods they are finding in mainstream markets?  The future of local foods depends on the answers to these questions. st_joseph_mo-_growers_conference.pdf

​​2018 Great Plains Growers Conference is
sponsored in part by SARE